4 Things to Know About the Lamborghini Huracan Performante

The Lamborghini Huracan Preformante is the latest, and perhaps the best, edition of the Huracan Lambos. Since the Huracan was released in 2014, there has been several special editions released, but none of them compare to the Performante. This vehicle is superior in every way.

The Performante is lighter, faster, and more visually appealing than its counterparts. It has a stronger engine, an upgraded transmission, and it utilizes the new ALA system for its aerodynamic features. There is only one real word to describe the Huracan Performante: Wicked.

Four Things You Need To Know About The Lamborghini Huracan Performante

When you look at the different Lamborghini Huracan specs, you can see why this is their bet version of the Huracan. Everything about this car is superior, from the interior out. 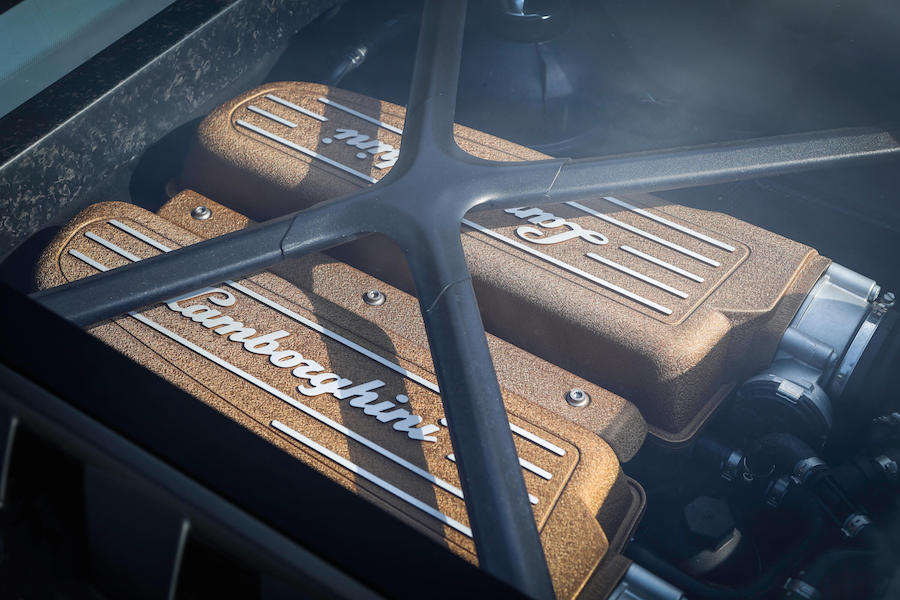 The first thing that anyone wants to know is about the Lamborghini Huracan horsepower. The original version of the Huracan registered as producing 602 horsepower. The naturally aspirated V10 engine has been tweaked to produce 640 horsepower in the Performante model.

Adjustments to the engine and the exhaust system allowed Lamborghini to increase the horsepower and create higher torque. The Huracan Performante engine has 443 lb-ft of torque at 6,500 rpm, which is up 30 pounds from the standard Huracan model. At 1,000 rpm, the engine retains at least 75 percent of the torque, meaning that it can retain high performance under all conditions. New titanium intake valves with a higher lift contribute to some of the increased power.

Another factor that has helped contribute to the higher horsepower is the lighter body weight of the Performante. By changing the engine cover, the front splitter, the rear fascia and wing and the diffuser to the carbon composite used on many of the other parts of the car, Lamborghini was able to shave 88 pounds off of the vehicle weight. This small amount of weight reduction was able to help increase performance. 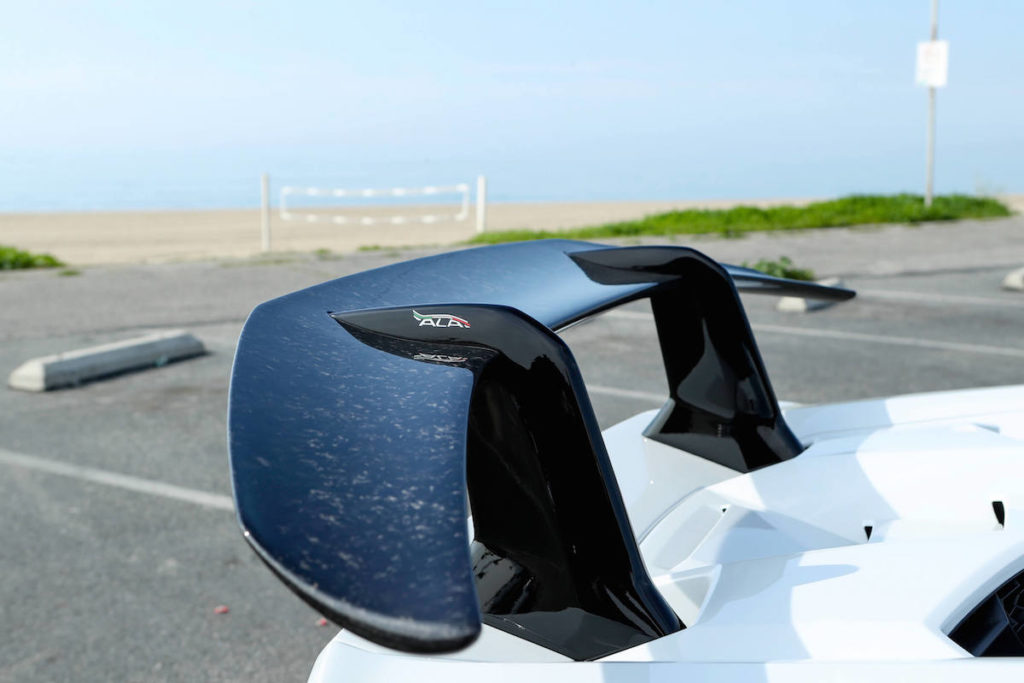 Lamborghini developed a brand-new aerodynamic system specifically for this car. The new Aerodinamica Lamborghini Attiva (ALA) system provides superior downforce for the vehicle and drivers can anticipate a track-like experience when operating this car.

Lamborghini has created an aerodynamic system that is lighter than your typical hydraulic system and responds faster. The car company has stated that the new ALA system responds to changes in air pressure in less than half a second. This is simply amazing.

Other changes were made to the body structure to compensate how well this system works. The car has been stiffened by 10 percent to work better with the ALA system. New springs, axial arm bushings, and roll bars have all been improved. Dynamic steering has also been significantly improved and re-calibrated to work more effectively with ALA.

The ALA system operates so effectively that it can determine the direction of the car when it is entering a turn and change the airflow to adjust to the downforce on the unloaded wheel and master the turn. Lamborghini has stated that this new system provides 750 percent more downforce than the systems found in the other Huracan models. The entire system is a credit to Lamborghini and is sure to be seen in future cars.

Lamborghini Huracan specs would not be complete without looking at the transmission and suspension system. The changes made b Lamborghini to this part of the Huracan Performante are worth noticing.

The all-wheel drive is electronically controlled and works seamlessly with the limited-slip rear differential. Much of the specs concerning the upgraded transmission is guarded trade secrets and not available for public consumption.

The suspension system, along with being 10 percent stiffer, is magnetically controlled. Through the use of magnetorheological dampeners, the car drives like an ultra-luxury exotic vehicle even at racetrack speeds. The magnet liquid within the system moves with the vehicle and adjusts the magnet force to accommodate for speed and maneuvering. 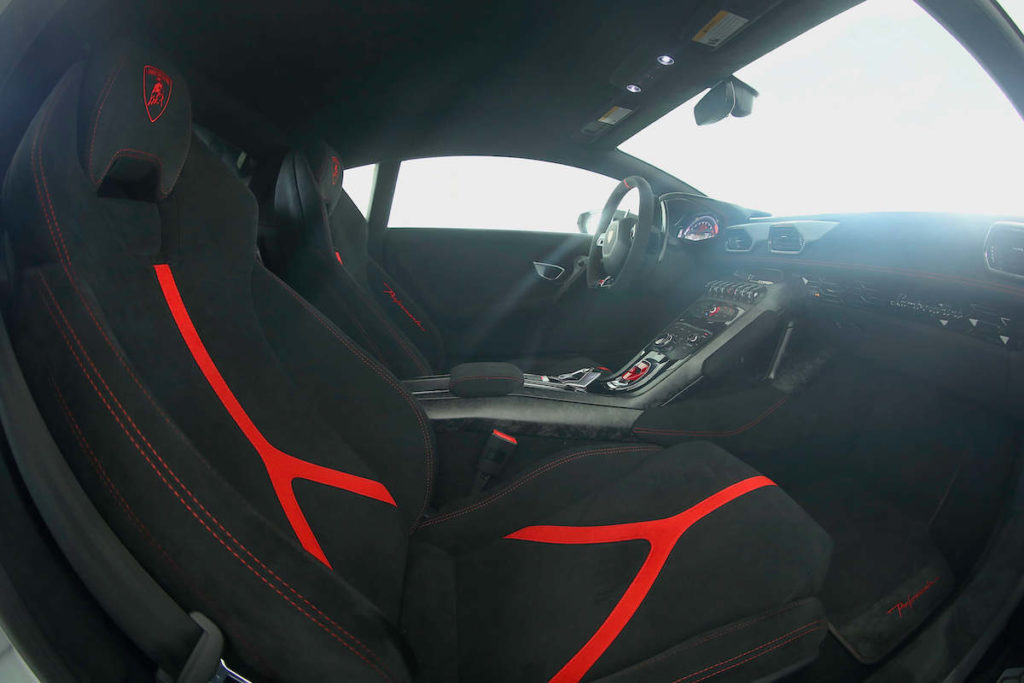 The Performante has an upgraded interior compared to the other Huracan models. The interior is more comparable to that of the Aventador. Beautiful Alcantara material is used for the seats and driver, and passenger seats have heat control and electronic adjustments. The seats are filled in a manner that hugs the body while remaining exceptionally comfortable.

Lamborghini has also incorporated the ALA system into the display so that the driver can see how it is functioning at all times.

Other changes to the interior include new door handles and vents made from the carbon fiber composite to help lighten the body weight. Additional choices can be made by the buyer for upgrades to the interior.

This Car Was Made For Driving

Everything about the Performante is about speed. It has a powerful engine, a next-level aerodynamic design, a beefed-up transmission, and specially designed Pirelli tires to help the car handle perfectly. The car is awesome to look at and even more incredible to drive.

If you are looking for a racecar experience on the open road, the Performante will exceed all of your expectations. If you are lucky enough to have the chance to get behind the wheel of a Lamborghini Performante, take it without hesitation. The Lamborghini Huracan Performante is a once-in-a-lifetime car that will make you wonder why any other car was ever built.