What's the Most Searched Supercar on Google and Why? - Falcon Car Rental

What’s the Most Searched Supercar on Google and Why?

If you are trying to figure out which supercar is the most popular among car enthusiasts, then you may want to look at Internet searches. Car enthusiasts from around the world search the Internet each day for information on their favorite vehicle. Based on this criterion, we have discovered the top five supercars.

The Audi R8 made the top of the list for most searched supercar on the Internet. The R8 is a mid-engine 2-seater supercar that first came into production in 2006. The R8 has a V-10 5.2-liter engine that is capable of 532 horsepower. The car runs 0-60 in 3.4 seconds. Built with a sleek design and from a fiber composite, this car is sexy and lightweight and something sure to turn heads every time it hits the road. Without a doubt, with the Audi R8, Audi certainly delivered.

The Bugatti Chiron should rightfully be classified as a hypercar instead of a supercar because it exceeds most specs of a supercar. This is one of the fastest and most exclusive cars ever to be built. The Chiron is a hand-built mid-engine car. It has a quad-turbocharged 16W 8-liter engine that produces 1,479 horsepower. The car is the 8th fastest production car ever built, with a track time of 0-60 in 2.8 seconds. The Chiron is limited to only 500 cars produced and will set you back over $3 million. 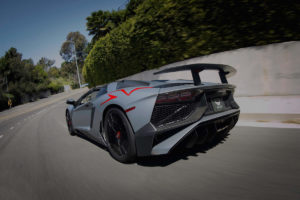 The Lamborghini Aventador was first released in 2011 and saw instant success in the supercar category. Available in two different trim styles when it first released, the Aventador has released three specialty models of the vehicle since its first release. The Aventador SV the upgraded version that came out in 2016 has a V-12 engine that is capable of 750 horsepower. It is made of an ultra-lightweight carbon fiber making, which makes the car faster than you would expect. The Aventador SV registered 0-60 in 2.8 seconds, making it one of the top five fastest cars in the world.

The Bugatti Veyron is a split classification between ultra-luxury and supercar. The Veyron is built to provide exquisite comfort and style, with all the finest amenities, all while having a 1,200-horsepower engine that can reach 60 in 2.8 seconds. The Veyron was first released in 2006 and has been one of the most coveted cars on the road. The base price comes in right around $3 million, so you better start saving. 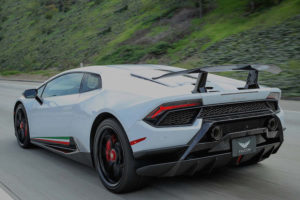 The Lamborghini Huracan debuted in 2014 and has been one of the hottest cars that has been produced in years. Lamborghini first produced the Huracan with a 5.2-liter V-10 engine capable of 610 horsepower. Then they came up with the Performante, the upgraded version of the Huracan which has an ultra-lightweight composite body enabling it to move lightning-fast with a 0-60 record of 2.9 seconds. The car is sleek and packed with racing amenities.

The next four cars to register under the top searches include:

What is most amazing about the top five listings is that all of these cars fall under the Volkswagen brand. Volkswagen actually holds six of the top nine most popular supercars in the Google search rankings.

The other amazing fact about the Google rankings for supercars is that brand or types of cars dominated certain regions. Russia, for instance, dominated the countries that searched exclusively for the Bugatti Chiron, While both North and South America, Asia and Western Europe all dominated their searches with the Audi R8.

What Sets These Cars Apart

When you look at the top searched supercars on Google, most people are amazed that Ferrari and McLaren are not in the top five positions. These two cars are synonymous with supercars that not only look superior but also drive like a dream. Most car enthusiasts, however, know the specs on these fabulous cars inside and out by memory. It is the more unusual or harder-to-find vehicles that intrigue these enthusiasts to research the other vehicles.

Bugatti limits their product so much that to purchase one of their vehicles you must remain on a waiting list for several years before you find yourself behind the wheel of one of these cars. Both the Chiron and the Veyron are sold out for the current model year a year or two in advance.

The Lamborghini’s and the Audi R8 share many similar designs and motor parts. This makes them desirable to more car enthusiasts. The Lambo’s have also improved significantly in recent years since Volkswagen took over their production. After many struggles during the ’90s, Lamborghini has been producing real supercars that are not in name only. These are powerful and stunning vehicles that make even the meekest driver desire to get behind the wheel.

Are You Ready To Experience The Raw Power Of A Supercar?

Falcon Car Rental is pleased to offer a large variety of supercars for rent, including three of the top searched vehicles on Google. Falcon Rental offers the Lamborghini Huracan in Coupe, Spyder and Performante models and the Lamborghini Aventador, including the special limited edition SV Roadster. For those who love rare supercars, Falcon also is one of the few rental car companies in the U.S. to offer a McLaren 675LT.

Renting a supercar is simple. Pick out the make and model that you want to drive, select the dates that you are interested, and hit submit. Once Falcon receives your request, they will verify availability and confirm your reservation. It is that simple.

It is one thing to sit at your desk or on your couch and look at the specs of a supercar and another thing to get behind the wheel and drive one. These amazing cars are available for you to enjoy, even if you cannot put one in your garage. Falcon Rental offers every car enthusiast the opportunity to get behind the wheel of one of these amazing exotic cars for at least a day. If you are ready to feel the raw power of a supercar, you are encouraged to make your reservation with Falcon Rental today.